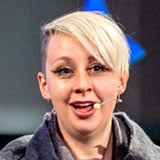 Angular consultant Nicole Greene will be giving a talk, GraphQL & Apollo - An Intro for Angular Developers, at the Women Who Code San Diego Meetup

posted in Angular on July 19, 2022 by Jennifer Wadella

GraphQL is a popular alternative to REST APIs. Nicole will give a brief intro of GraphQL and Apollo Studio, and will demonstrate how to query for data from this type of server in an Angular application. For a preview, check out Nicole's blog post on GraphQL and Apollo with Angular.

All are welcome to attend the virtual meetup, you can register here.

Nicole is a member of the Angular team at Bitovi, but is a skilled fullstack developer with extensive experience in NodeJS.  She’s worked as both a solo developer and on larger teams to bring design specs to reality using a wide range of JavaScript-based technologies on both the client and server side. Nicole specializes in the latest versions of Angular for web, and Ionic for mobile applications. She has worked with a variety of other libraries and frameworks,  most recently AngularJS and Node.JS, and loves learning and adapting to  new technologies. Some of her more notable projects include Solo-building the AWS backend and Ionic frontend for HandIQ, a mobile application that pairs with bluetooth handwashing sensors,  and building fully responsive  frontend web components and services for Smpl Talk, a communications platform used by Adventist Health Systems.

When she isn’t coding, Nicole loves crafting and pottery, traveling, action sports, fitness, playing video games, and enjoying time with her family and her dog. She is passionate about sustainability and enjoys finding ways to reduce her own carbon footprint by making her own soaps and pickles, for example.

With the depreciation of Husky, many teams are looking for a new solution. Lefthook is an excellent alternative to Husky. Lefthook has all of Husky’s...

Why Your Angular Bundle Is Bloated

A common reason why an Angular bundle is bloated is that it uses a library like MomentJS that isn't tree-shakable.