How to Create a Web Component with Create React App 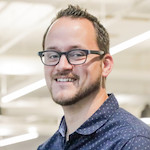 Add a React component anywhere you can use a < script /> tag with Create React App. We'll show you how to embed, future-proof, and style your component.

How to Create a Web Component with Create React App

Have you ever felt the need to put some React code on a site that isn't React? Enter react-to-webcomponent, a free library from Bitovi that makes it easy to put a React application inside of a web component. Anywhere you can insert a <script /> tag, you can use a web component.

There are many ways to set up React apps, but Create React App (CRA) is one of the most popular methods. Let's look at how to go from CRA to a web component, and then add it to a platform like HubSpot, Wordpress, or Shopify.

The instructions for other platforms like WordPress and Shopify should be identical until the last part.

Let's assume you've done this before and just need the commands to drop in your terminal.

For a Javascript project:

For a Typescript project (what I used):

You can then install react-to-webcomponent and any other libraries you need.

I created a basic to-do list to showcase what react-to-webcomponent can do.

You can see the code here.

You won't need any configuration magic to get a web component out of CRA; only some changes to  /public/index.html and /src/index.(js|tsx).

In /src/index.html all you need to do is replace that now unused <div id="root"></div> with the checklist web component like so <r2w-checklist items='[{"label":"First Thing","isChecked":false}]' />   CRA should now be displaying your web component at http://localhost:3000 with live updates as you code. If you made a checklist just like me, it should look something like this:

It works! Wait, how did you get that into HubSpot?

3. Add Your Web Component to a CMS

Yes, that is the actual React code wrapped in a web component and added to HubSpot. Let's look at how.

First, you need to build your application and deploy it to a publicly accessible host. I'm going to use GitHub Pages because it's quick, reliable, and free. Plus, I'm keeping the code repo there: https://github.com/rjspencer/r2wc-checklist.

Create a GitHub repo and push your code. Then, install the GitHub Pages tool:

Set the "homepage" value in your package.json to the name of your repo. This will tell Create React App that your build will be in a subfolder so links can be created properly. Also, add these 'predeploy' and 'deploy' scripts:

You can now deploy with npm run deploy, so do it already!

Once deployed, you can find your publicly accessible URL in Settings > Pages.

With your web component loose on the internet, you're ready to add it to your CMS. 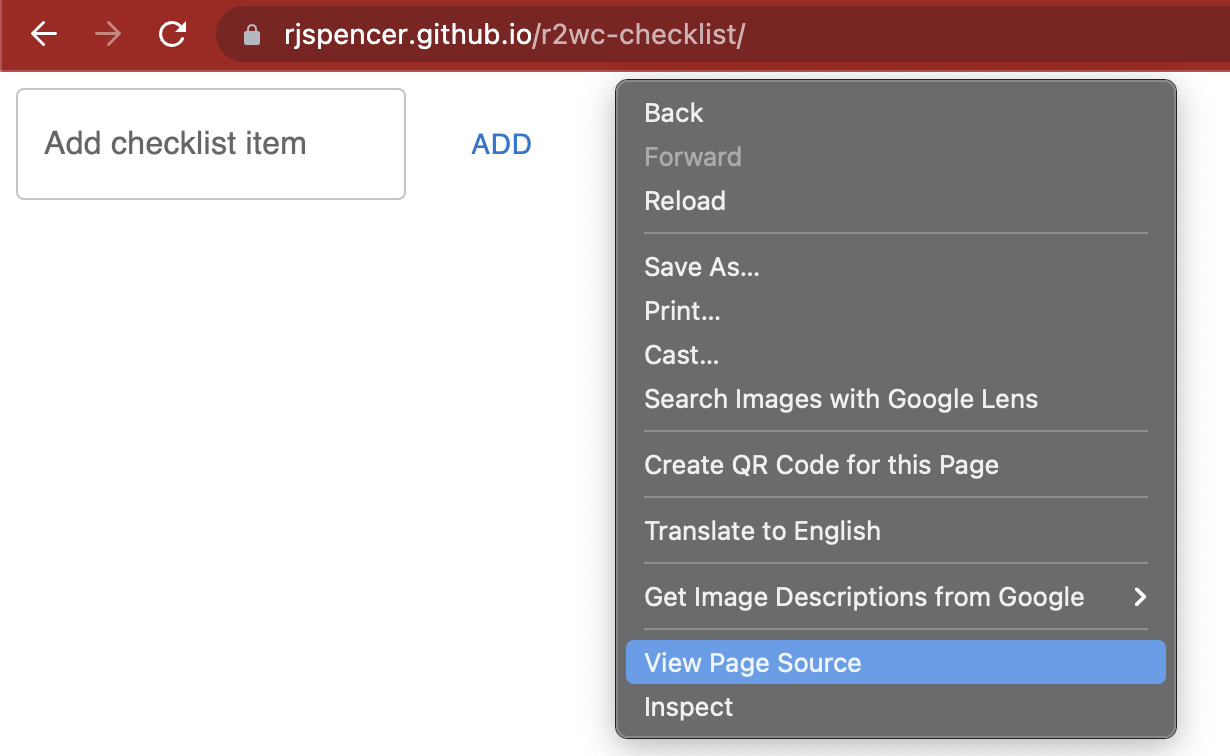 This is where HubSpot, WordPress, Shopify, etc. will differ. Whichever system you are using, you need to either find an "Embed" section or paste the script and web component tags directly into your content.

Add your script and web component tags and a preview should appear. Click [Insert]. Once your web component is embedded, you can click on it to see and adjust the size settings. If you have a component that grows dynamically, like this list, then you probably want to give it a large height value.

That's it. Your component is now in your HubSpot page. Using the same script and web component tags, you should be able to inject your web component-wrapped React app in blogs, ecommerce sites, Angular apps and anywhere else that JavaScript runs!

But wait! My component breaks when I deploy a new version! Let's future-proof it.

The problem is, CRA adds a fresh hash value into the file name on each build. CRA injects the new file name into the index.html file. This ensures that the browser ditches the cache and uses new code whenever the version changes because main.<version1>.js is not the same as main.<version2>.js.

It's a feature, not a bug. But it's a feature that doesn't quite work for us. We need to create a stable main.js file, without a hash, that contains our new version.

Create a file called predeploy.sh at the root of your project. In this shell script, you're going to use a wildcard to find your main JavaScript file and rename it without the hash. Rename it to just main.js, ensuring you always have a stable filename to point to for our embeds.

First, the script looks in the build directory for a file that matches the pattern main.<wildcard>.js and then passes the relative path to the move mv command. In this case, the mv command is essentially a rename command because you're going to move it within the same directory.

The first argument of mv is the original file path which is now in the variable '{}'. Technically, the brackets contain all the files found, but we know its just going to be one. Yeah, it's weird, just trust me. The second argument is the new file path you want: build/static.main.js. Since this will run on every deploy, you'll always be able to access your widget at https://<username>.github.io/<repo-name>/static/js.main.js.

Once you've created the above shell script file, add it to the predeploy script in package.json, which always runs first when you do npm run deploy. You want the app code build to happen first and complete, so you use && and then add your rename script.

Now go update your embed code with the non-hashed URL.

There's something off with the styling... Good catch. With web components, you have to choose between the light or the shadow.

With the light DOM, your component is open to the rest of the page for both JavaScript and CSS. Globally defined styles will apply to the inner workings of your component. That is what is happening on this checklist—the input looks off because a CSS definition in the CMS theme is resizing it in a way that conflicts with MUI.

The light side is causing a problem in this particular use because it uses an opinionated design framework. If it had used plain HTML instead, it would be a flexible web component that could be embedded into any site and would pick up the surrounding style automatically. While that's a really cool feature, it's not right for this particular instance.

To solve this, let's use the shadow DOM. By activating the shadow DOM, the CSS and JavaScript of the component is shut off from the rest of the page. The components will act a bit like they are in an iframe, separated from the page.

To turn on shadow DOM, add the shadow: true option in index.tsx.

Create React App (CRA) was chosen for this post because it's beginner-friendly and lots of existing projects use it. After reading this, you should be able to take a project you already have and turn it into a web component! However, for new projects we believe there are better build options available today, such as Vite.

Stay tuned for our next react-to-webcomponent post where we will be working with a production-ready Vite build.

Bitovi is made up of engineers passionate about solving interesting problems, like loading React apps into unique places. If you have an interesting problem, we would love to work with you. Schedule your free consultation call to get started.

Should Your Team Be Using Micro Frontends and Module...

Is your frontend project suffering from too many cooks in the kitchen? Is deployment mind-numbingly slow? Are you becoming locked into an obsolete technology...

This post is focused on the code review itself, but a great team must also build a process around reviewing code. Check out Improving Team Velocity With An...