Prepare for Anything with GSAP

Wondering which animation solution is right for your project? We weigh the pros and cons of CSS and JS animation libraries, and tell you why GSAP emerged as our go-to pick.

posted in Design, User Experience, Animation on February 2, 2021 by The Bitovi Team

Prepare for Anything with GSAP

Learn how and why GreenSock became our animation pick

Feeling uncertain about how to add animation to a Web site or single page app? We’ve been in the same boat. There are plenty of CSS and JS animation frameworks available, ranging from free and easy (but limited and inflexible) to steeper learning curve, robust, can-do-almost-anything paid options. None are necessarily a “bad” choice, but you definitely don’t want to make a choice and find out later it can’t do everything you need, then have to start over with something new (losing valuable project time and developer resources, maybe even client confidence).

The decision for what animation package we would use came down to how much uncertainty could we handle. Should we go with an easy-peasy, just-add-a-class CSS animation library (e.g., Animate.css, Tachyons, Motion.css), which would likely be very limited? Learn a JS animation library (e.g., Anime.js, Velocity.js, Popmotion, Three.js), which may or may not do everything we need? Or put our trust in Greensock Animation Platform (GSAP), a pro-level library which makes big promises and may be overkill? 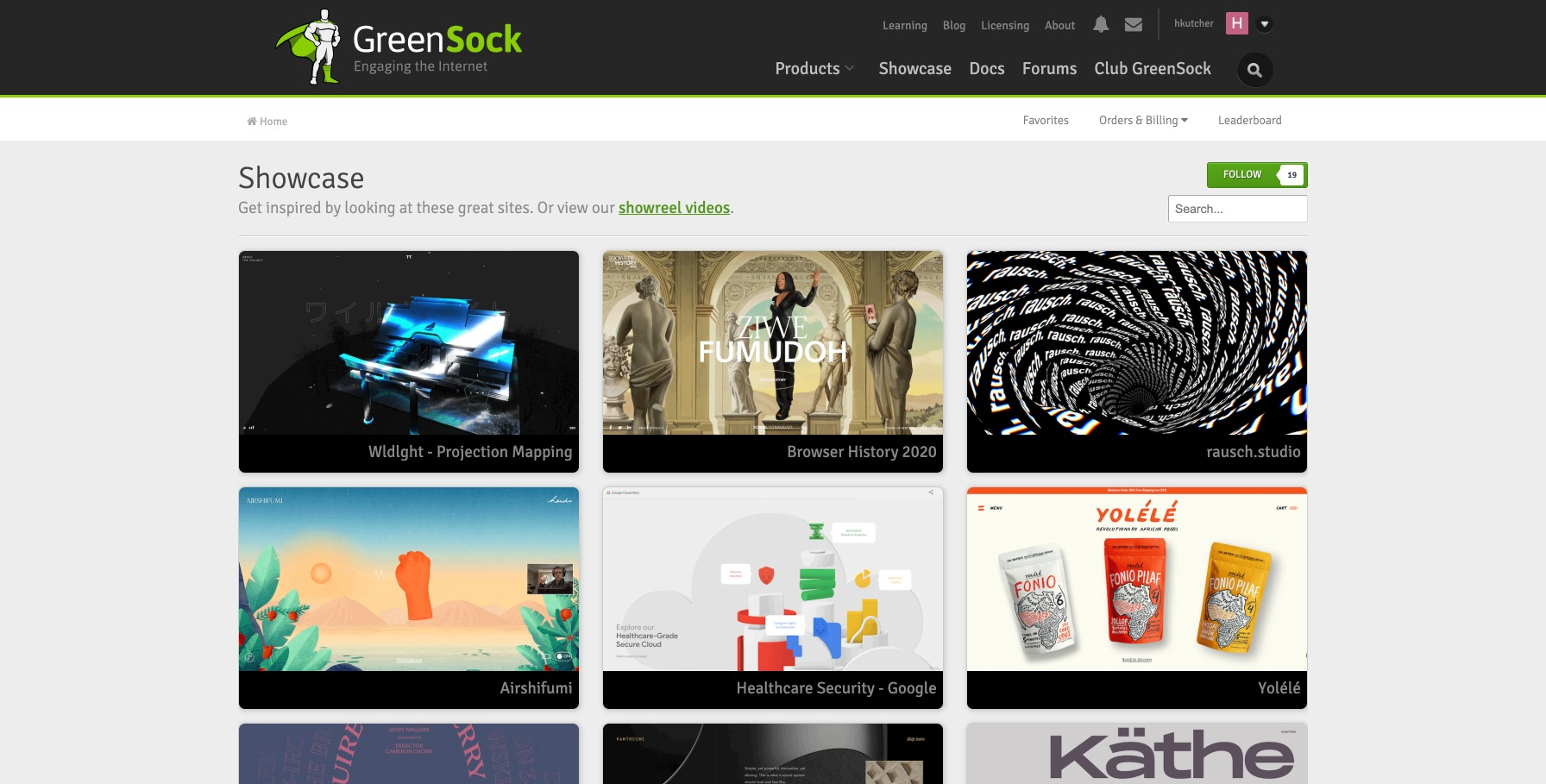 It was an act of trust, but not actually as risky as it looked. Most of our concerns were quickly and painlessly addressed.

Almost perfect, but not quite

As well as GSAP performed, we still experienced some problems due to the complexity of certain animations. Specifically, one type of animation for a "section intro" was to start playing at a certain scroll trigger point, animate at the same speed the user scrolled, pin in place until the animation finished, and play only once. There would be multiple instances of this animation per page and each would have multiple timelines. Unfortunately, the GSAP commands used to accomplish each requirement (i.e., scroll trigger, scrub, pin, play once) were not meant to be used together.

You'd think you could just put all the pieces together, but no... unfortunately,

Ultimately, the client made a choice between an animation that played only once with no pinning or pinned but reversed on scroll up. They chose the latter. See v1.2 below to see their final choice.

Some of the options and experiments created.

v1.0 Pins and plays once, but leaves whitespace

Section intros pin, but do not unpin. Extra whitespace is left above them.

v1.1 No pinning, plays only once

Section intros do NOT pin, but play only once.

v1.2 Pins, but reverses on scrollup (all)

Section intros pin, but will rewind on scroll up.

v1.3 Pins, but reverses on scrollup (text only)

Section intros pin, but do not unpin, so the hgroup scroll trigger reverses on scrollup (instead of being killed).

Section intros: background image scales on scrolldown (scrub), when it gets to the top of the screen, it pins, then it fades to black, and white text appears, then it unpins. The animation plays only once.

This situation was a bit like a climactic moment in an action-adventure movie. Did our heros survive the waterfall? Yes. Like James Bond hang gliding off Iguazu Falls in Moonraker, we were able to pivot, transform, and keep right on moving. GSAP, with its robust capabilities and supportive community, proved to be the right choice and well worth the investment of time and effort to learn.

Do you have a daring quest, epic project, or hairy situation in need of bold ideas and clever coding? We're great at rising to a challenge. Read our UX case studies to learn how we helped clients in similar tough situations.

Interested in adding animation to your application? We can help! Let’s work together.
Show Comments