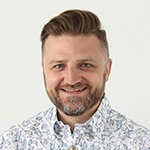 posted in Development on February 7, 2019 by Matthew Phillips

At Bitovi, we’ve been working on utilizing HTTP streaming to speed up single-page application (SPA) load times for the last couple of years. We’ve developed a technique that accelerates page load times that we call incremental rendering, which went into DoneJS 3. Today we’re happy to announce another project, Velocirender, which brings incremental rendering to any framework.

If the above is enough to sell you on this amazing technology, you can skip the rest of this article and go straight to Velocirender’s Getting Started Guide.

This article focuses on page load times, not other aspects of SPA performance like diffing optimizations or bundle size. Velocirender tunes performance by improving the utilization of the network.

There are two terms to understand when analyzing network performance.

So to summarize, latency is the time it takes data to get somewhere; throughput is how big the pipes are.

What slows down SPA page loads?

There are really two different ways to serve a SPA and they each have their own performance characteristics:

A client-only SPA is served from an empty “shell” of HTML. To boot up, the browser must:

We call this type of performance bottleneck — where each step is dependent on the completion of the previous — a waterfall.

Because of this, client-only SPAs are susceptible to conditions of low throughput. We cannot take the next step when the data travels so slowly through the network.

The second way to serve a SPA is…

In the context of a single-page application, SSR refers to the practice of executing the app on a (Node.js) server and rendering the result to a string of HTML. When the browser receives the HTML, it is able to show it to the user immediately. This improves perceived performance.

However, SSR actually slows down the time until the application is fully booted (time to interactive). This is because the process of rendering on the server delays the time from which the browser can start downloading assets. Those steps described in the previous section still need to happen.

There’s a secondary problem with SSR. SPAs are usually broken up into components; small isolated pieces of code that render one part of the app. Naturally these components have all of their logic self-contained; including data-fetching. SSR makes it harder to colocate data-fetching within the component because an outside process, the route handler, is what’s actually in control of loading data. In short, SSR decreases the maintainability appeal of a SPA. This is probably why SSR is used less in the wild than it should be.

So what is incremental rendering?

Incremental rendering is a technique that bridges the performance advantages of both SSR and client-side SPAs:

Incremental rendering achieves this by spreading the cost of rendering between the server and the browser.

How does incremental rendering work?

Like SSR, incremental rendering executes the application code on a server.

Velocirender, a project you should star on GitHub right now, is an HTTP server with incremental rendering built in. It can render any HTML page, either a local file or even an external URL. This means it’s compatible with nearly every client-side framework. Best of all, it requires no modifications to your code!

It is able to do this because:

Example apps are available for React, Vue, and Angular.

The below video shows an app running on Velicorender side-by-side with one running on static hosting: Visit the homepage to try out the side-by-side demos yourself.

Getting started is easy. The Getting Started guide takes you through all of the steps in detail, but the tldr version is:

That’s really it. If you have your own SPA that’s hosted on an accessible URL, you can try that one out too.