Using Ansible playbooks can be tricky! Check out these Ansible best practices to simplify your workflow and make using Ansible IaC even more convenient.

In this post we'll review the top 5 best practices that make working with Ansible IaC more convenient and your playbooks more scalable!

The first Ansible best practice is to create playbooks with a purpose. This drastically improves development time by providing developers with a blueprint for the intention of the playbook (name), and how the intention is achieved (content).

When both the name and content are in sync, developers will be able to easily parse through the playbook selections to find the one they need. This allows you to make changes with confidence, because the context is contained in a single place. 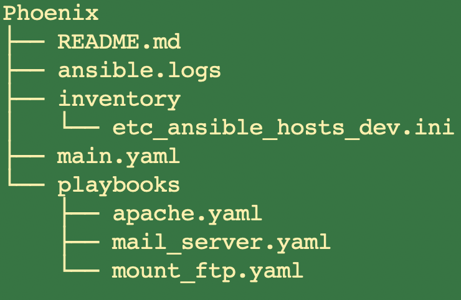 Continuing on the topic of purpose, another Ansible best practice is to identify and break up grouped tasks that are "large" or time-consuming into their own playbooks.

Specialized playbooks support rapid development & testing as individual, small components of a playbook can be tested and tweaked quickly. By breaking up larger tasks up into their own playbooks, you can work with the more cumbersome playbooks tasks when it is convenient for you. 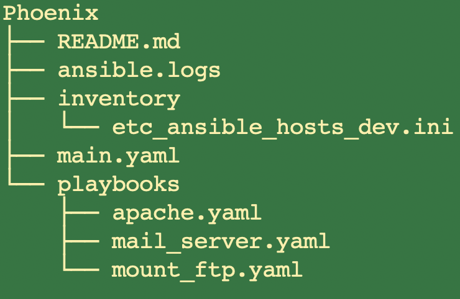 The next Ansible best practice you need to know is using tags to specify custom runs! This trick is great for controlling playbooks and creating quick custom playbook pipelines in the CLI.

Using Ansible tags also enables rapid testing and development, as playbooks can be run either individually or within a subset of a playbook's normal run.

To accomplish this, you’ll need to create a top level playbook that will act as a manager for your specialized playbooks. For this example, you'll use a top level manager playbook called statics.yaml. This will install all "static" components onto a server and will also run dynamic tasks in between to prepare the server for usage.

All of the specialized playbooks are added into your static's playbook as they normally are, and you tag them all with unique tags relevant to their playbook name. Now from the CLI, all that needs to be done is specifying the tag(s).

This will run the statics.yaml playbook in a modified way in which only MySQL and SeedDB playbooks are acted on, thereby skipping the Apache playbook step at the beginning.

It’s important to keep things organized. The next Ansible best practice is to keep a consistent folder structure.

The tool in this example is Ansible, so you would start your folder structure with that.

The thing is the project name, such as phoenix or unicorn.

The advantage of this pattern is that at a smaller scale, the grouping makes navigation for SREs/SysAdmins intuitive because the folder structure passively provides context to what is being worked on. Similar project IaC can be centralized into a single repository and made distinct through the projects name + tool.

The final Ansible best practice is to plan for the future. In short: as you work on today's problems, you should be cognizant of tomorrow's potential issues. By creating repeatable, context-driven IaC, you lessen the required workload for tomorrow by maintaining best practices today. Or, in other words, implementing good working habits will decrease the amount of daily tech debt.

Now that you know our 5 best practices for simplifying Ansible playbooks, you’re ready to go and do great things! These straightforward tricks will help organize your infrastructure and enforce best practices.

Looking for some help championing these best practices? Or possible some assistance maturing your team and tools? Book your free consult call to learn more!

Expand your workflow horizons with some Jinja processing techniques you may not have tried!

The Complete Guide to DevOps

If you’re working in technology, you’ve likely heard the term DevOps, and may even have benefited from the assistance of a DevOps team.

Docker is a great way to accelerate new developer onboarding and reduce overall operational complexity in production by creating a consistent experience for...