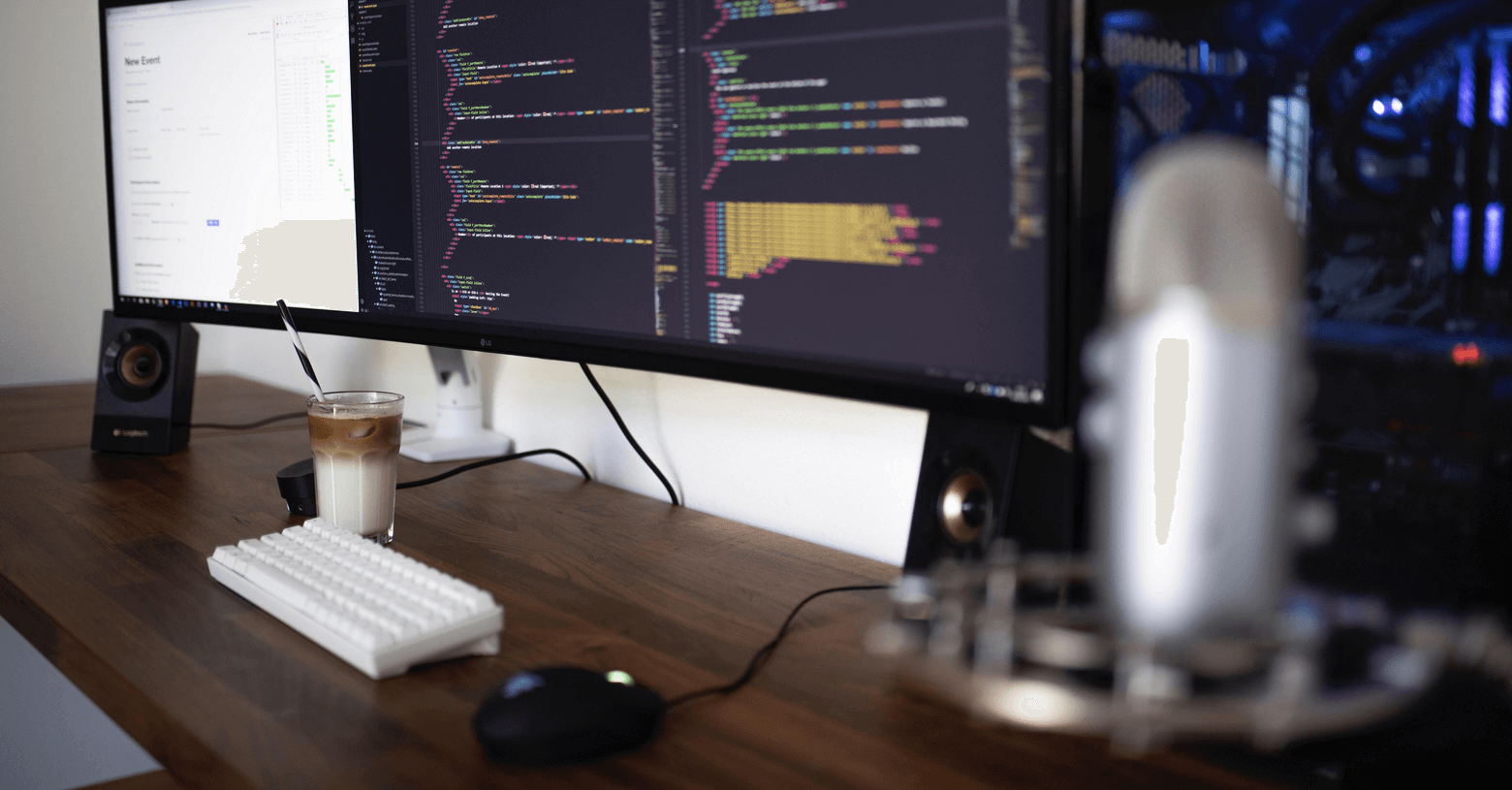 Why Build with Angular

A Comprehensive Look at the Benefits

In today’s JavaScript ecosystem, we’re often overwhelmed with choices that can benefit (or harm) your product. The first of those choices is, of course, your framework.

Nowadays, React, Vue, and Angular reign supreme, taking much of the web by storm. While React and Vue have great communities and support, they have a much larger overhead of architectural decisions to be made. State management, API call handling, internationalization, and translations often require external libraries to function.

Angular, on the other hand, comes bundled up alongside best practices and hyper-modern concepts to make sure you’re getting the most out of your application at all stages of development. If there’s something missing, the flourishing Angular community is sure to have a solution. 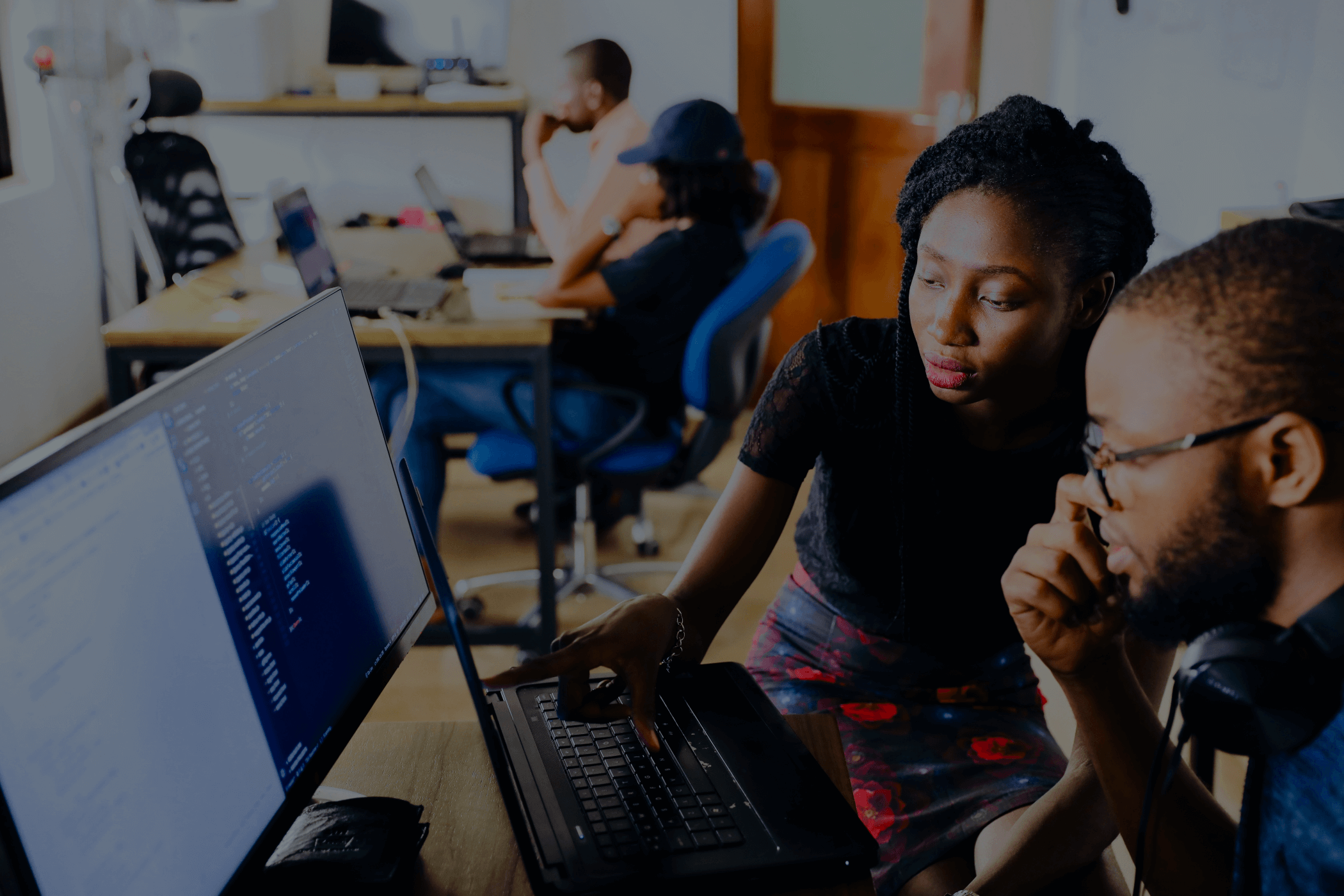 Good for Engineers and Users Alike

How Can Angular Help My Engineers?

Angular was one of the first platforms to fully utilize TypeScript. While there are ways to use ES5 with the Angular platform, the adoption of TypeScript from the start leads to a framework that fully utilizes all of the benefits.

By taking advantage of strong typing, better decorators, and a class extension oriented approach make Angular a dream to work with from within an IDE.

The community has caught on too, providing resources for avoiding errors, utilizing features properly, and even educating about existing features. Another often forgotten benefit is that Angular is a TypeScript-first framework means most (if not all) compatible libraries are TypeScript compatible as well.

Asynchronous event handling has long been a plague on the land of JS. From callback hell to promise waterfalls, it quickly becomes a difficult problem to handle.

While async/await behavior has greatly improved this, the simplicity of that approach leaves a lot to be desired. RxJS, however, is a great solution to fix all of your event needs.

The management of events as streams within RxJS allows you to process, combine, and cache events with ease. While you can implement RxJS within React, the lack of first class support leaves you open to other event handling problems, which require further complexity, boilerplate, and problem solving.

Angular’s RxJS first approach means the vast majority of these complexities are handled for you. On top of that, while it takes lots of time and politics to get new features added to JS’s built-in async protocols, RxJS is always evolving, giving you constant access to the latest and greatest.

This isn’t as much of a problem in Angular, thanks to baked-in Forms API. This functionality makes it much easier to handle nested and dynamic forms, and the control value accessor opens that functionality up to any component you can dream up.

If you have a variety of inputs with a variety of states, validations (and convenient built-in validators), and UI complexities, there’s simply no better choice than Angular’s form management.

The world of state management is always evolving, and luckily our frameworks are evolving with it. With React, Redux is often a good choice to help balance state across components. Vue’s state management of choice is often Vuex. As you would expect, Angular has the popular NgRx library to help manage state in a similar fashion.

While the standardized Flow workflow is a great addition to Angular’s features, the addition of reactiveness on top makes it an extremely powerful tool. Implementation is relatively straightforward and it even provides deeper abilities like form driven state.

If the addition of another tool on top of the Angular stack is too much, utilization of out of the box RxJS subjects and Angular services can make for an incredibly powerful and extremely simple state management solution. There are answers for every problem.

With the proliferation of web components and React’s incredible reusability, it’s important to note where Angular stands with the next great iteration of the web: Micro Frontends. When it comes down to it, all you need is a good architecture and a well written Module Federation configuration.

While simplicity isn’t a key tenet of the Micro Frontends movement, a well configured Angular instance can be readable and usable in any proper architecture. If you're interested in learning more about our approach, this article explains how Bitovi implements micro frontend architecture.

Our team can help your product be successful in a variety of different ways.

How Can Angular Help Your Users

So you want to be an ally to A11y? Angular has your back. On top of a ton of well-documented best practices, setting benchmarks and linting rules is easy as pie. Accessibility can be hard, but the implementation doesn’t have to be.

Every frontend engineer’s worst nightmare: Internet Explorer. While Angular itself has dropped support for IE11 past Angular 13, it’s still possible to support those users to an extent. Past that, Angular has great modern browser support.

Implementation of a design system can be one of the most important decisions you can make for your product. Whether you go with a prebuilt solution like Angular Material, use a helper library like Tailwind, or even build your own from scratch, Angular has a solution that will work for you.

If you’ve come this far in making a decision on Angular, performance might be something you have on your mind. There’s lots of traditional options, such as incremental rendering, but one option we often go to is prerendering. Angular Scully provides a traditional prerendering framework to help you make the most of your application.

On top of that, you can do further work to include dynamic routes in your prerenders, cache API calls, and utilize the community to make sure you’re getting the most out of your implementation.

It’s also important to note that Angular makes the most of existing tooling and concepts that you might already be familiar with. This includes things like component inheritance, writing declarative code, and keeping up to date on the latest linters. The bottom line: despite Angular having tons of helpful best practices, you can really make it your own!

If you’re here because you’re looking to upgrade - we get it. AngularJS to Angular is a huge jump, and it can definitely cause some questions about whether or not you should stay in the Angular ecosystem. A careful upgrade, and avoiding some of the common mistakes, can allow you to take full advantage of the capabilities of modern Angular.

If you're past version 2 and need to upgrade, the path forward is generally straightforward, community supported, and well documented. Occasionally there’s some deeper intricacies but overall, upgrading to get the latest of the Angular feature set is no more difficult than in other frameworks.

Bitovi helps support your upgrade with our expert team of Angular consultants. If you'd like to discuss what you need in an upgrade, sign up for a free consultation.

Bitovi loves Angular! Our Angular experts are always learning, and can help you tackle everything from migrations to training to implementing the latest and greatest modern tools.

Reach out today and see if we can help make your problems into solutions.

Bitovi's Angular experts combine decades worth of experience with constant training and learning on the latest and greatest technologies. We come to where you are, provide actionable ways to push your product forward, and can even help your team achieve those goals.

It would not be accurate to say that we were "satisfied" or "happy" with Bitovi. We are THRILLED with the work you've done!

Our team has expertise all over the Angular ecosystem, including technologies like Scully, NX, NgRX, Stencil, Cypress, and more. We are capable of building projects & features for you, or embedding alongside your team to deliver work while coaching, mentoring, and bringing up the skill level of your current team.

Whether you need help maintaining or upgrading your legacy project, our Angular consultants are experienced in upgrading Angular versions and creating a roadmap for making future upgrades a breeze.

Many Bitovi Angular consultants are community experts or certified as Google Developer Experts in Angular and Web Technologies - a rigorous certification Program.

Our team's wide breadth of experience will not only help you build Angular apps the right way now, but guide you on avoiding pitfalls so you can continue to scale your App and painlessly ship features in the future.

Want to know more about our experience in the Angular Ecosystem?